An artificial flower shop owner grows forbidden flowers in secret. A man walks near an interstate to see rare birds. Women divers harvest the waters around Jeju Island. Rock climbers endure 24 hours of ascent. Dancers share the history of a Guatemalan island. A drop of water settles a philosophical debate. These six stories showcasing humans’ complicated relationship with nature will highlight the Indie Films Artosphere event at 7 pm May 26 in the Starr Theater at Walton Arts Center.

Russell Sharman says that the all-volunteer Board of Directors for the Fayetteville Film Fest chose the films from previous entries to their festival with an eye toward Artosphere’s emphasis on nature and sustainability.

“We went back a few years actually in our catalog and looked for films that we felt best connected with the themes that make Artosphere such an interesting arts festival,” Sharman explains. “It’s a really interesting mix. We’ve got some documentary films; we’ve got some straight narrative, short films; and we have some really amazing animation as well. Each one of them, I think, has a sort of a different It’s a bit cliche, but there’s a little bit of something for everyone.

“There are some really sort of abstract and beautiful, kind of lyrical animated films about our relationship to water, in particular, which I think are really interesting,” he says of the films. “Henyo, Women of the Sea” is an animated film that focuses on Haenyo, the diving women of Jeju in South Korea. “Aqua” is an animated film that ponders the question: “Is physical survival more important than spiritual purity” with the answer found in a drop of water. A narrative short film, “Soul of the Sea,” unveils the story of a dancer in a Garifuna community on the coast of Guatemala.

“And we’ve got a documentary [“The 24″] about climbers at Horseshoe Canyon, in Jasper, Arkansas — so a local film about this 24-hour climbing competition, which is super fun. We also have some really interesting narrative films like ‘Hypoxia,’ which is a beautifully filmed, dystopian view of a life where the government has banned all organic plants. And there’s this one renegade florist who is keeping flowers alive. So some really imaginative stuff. And like I say, a little bit for everyone.”

Fayetteville residents may also recognize a familiar face in “Mike the Birdman,” a documentary about a local bird watcher, Mike Mlodinow. “It’s just a wonderful sort of veritae documentary with some folks who know him and love him about a local character who loves birds right here in Fayetteville.”

Sharman explains that this year’s Artosphere event was a fun way to share the films from previous festivals hosted by Fayetteville Film Fest. “We’re really impressed with how many films come out of organized around that idea,” he shares. He says that the partnership with Walton Arts Center helps the festival to support its mission to bring world-class films to the state and build meaningful relationships with filmmakers, as well as nurture the art of filmmaking by uniting a community of creators and supporters.

Throughout the year, the Fayetteville Film Fest hosts screenings, workshops and more for aspiring filmmakers. They also offer the Micheaux Award and Film Lab which are “designed to support and encourage creation and authorship of Arkansas-based projects from Black, Indigenous and filmmakers of color” with financial assistance from the award and year-round educational and workshop opportunities with the MovieLab. The award is named for Oscar Micheaux, who was the first major Black filmmaker. He directed and produced 44 films throughout his career that challenged negative stereotypes of Black people on film at the time.

Fayetteville Film Festival is also gearing up for its annual festival planned for Oct. 20-22. The deadline for Arkansas filmmakers to submit films for free is May 31. Sharman says that the Fayetteville Film Fest will host workshops and other events throughout the summer. Find out more at fayettevillefilmfest.org and through their social media. 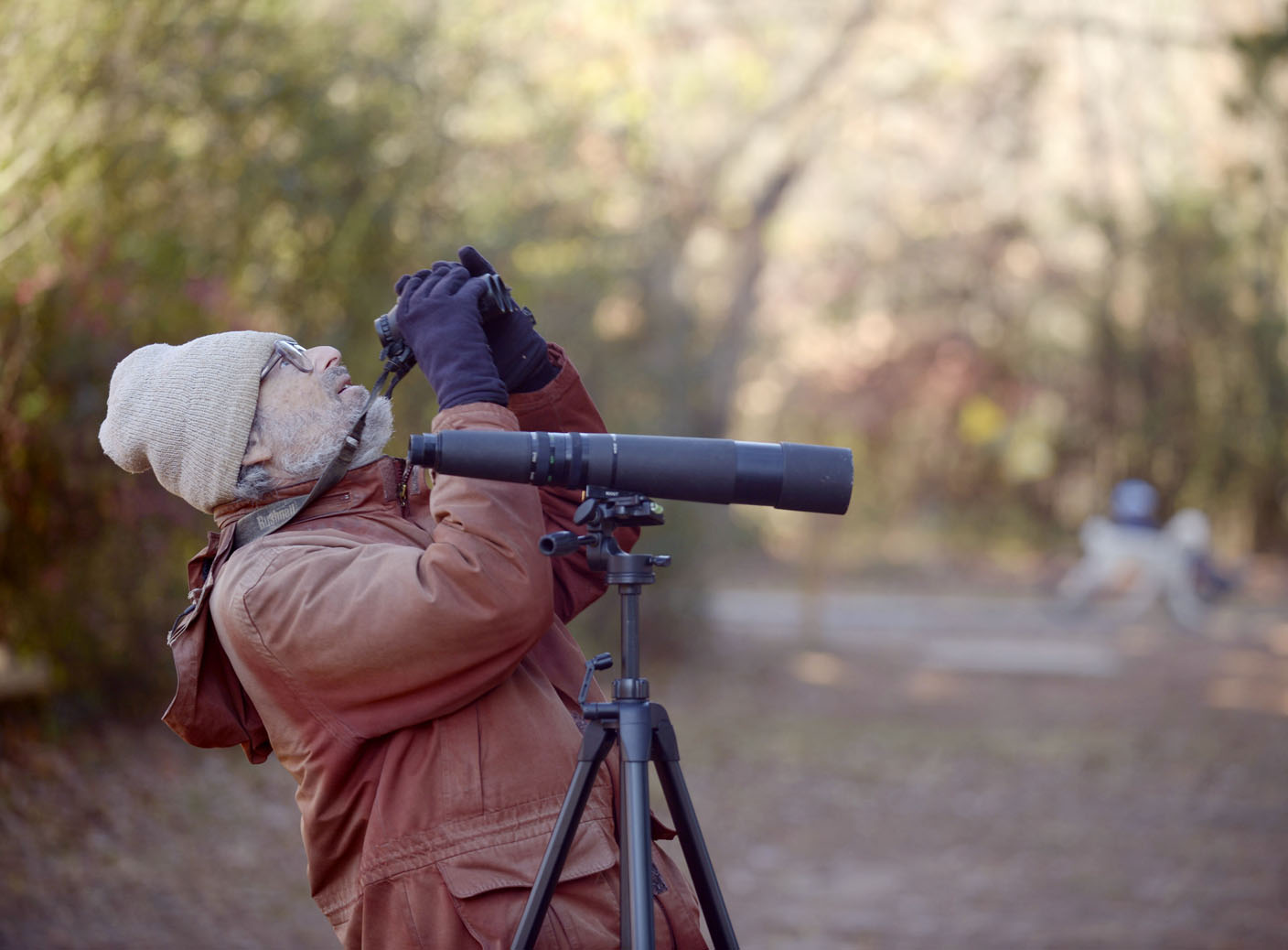 NWA Democrat-Gazette/ANDY SHUPE Mike “The Birdman” Mlodinow searches a row of pine trees Wednesday, Nov. 22, 2017, while birding at Lake Fayetteville. Mlodinow is an avid bird watcher and spends one day a week at the lake.